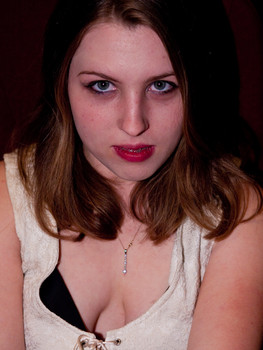 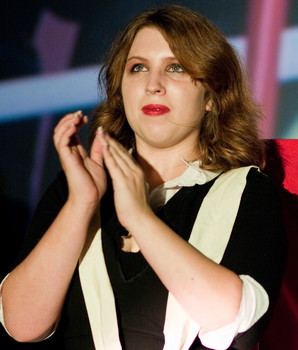 When did you join the cast?
I joined january 2009! It was the earliest I could join so I did it!

Why did you join the cast?
Why do fish swim? It's written in my DNA and I love it.

What do you do on cast?
I am currently the assistant cast director to my best friend and roommate Renn! I also play Janet, Magenta, Rocky Horror, Trixie and Transie. I used to do floor lights and love anytime that I can be a part of the show. I would like to learn as many characters as I can but I'm slowly working through it. At this point that may be all I play since my schoolwork and job are keeping me super busy for most of my foreseeable future.

Who's sexier, Columbia or Magenta?
Magenta all the way!

What keeps you going to Rocky every weekend?
It's so much fun! I love the movie and the people.

How has Rocky Horror affected your life?
Rocky Horror is my culture and my family. I can't fathom a life without it (at least in some form).

What do you think of Shock Treatment?
Some of the songs are catchy but I find it incredibly lame that the only two characters to reoccur in it aren't played by the same actors.

What do you do when you're not at Rocky?
Go to School and work or hang out with my boyfriend or friends.

Are you a pirate or a ninja? (butt pirates don't count)
Can I be a ninja-pirate? There are ninja-kitties...

Besides Rocky, what are your obsessions?
I love to sing. I also have an obsession for wikipedia and cracked.com. I am a total list ho.

What is your dream job?
I plan on becoming a Psychiatric Nurse Practitioner. There are so many amazing things I want to do and so many people that I want to help and this seemed like the best plan for me.

What's your favorite kind of pie?
I prefer Cake. That band rocks!

Anything else random to share?
Let's all play boob, boob, boob. It's kinda like rock, paper, scissors except everyone WINS!