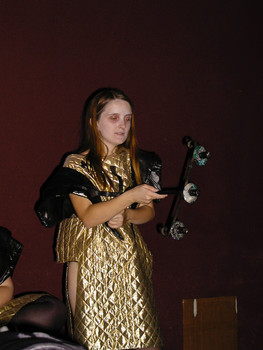 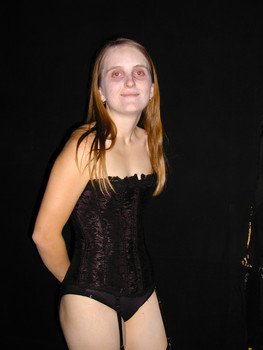 When did you first see Rocky Horror?
1997 - I had just got my driver's license and a car (and it was probably summer vacation or something) so my far more adventurous and fabulous best friend convinced me to take us to Rocky. Back then, it was at Northcross Mall and kids like us could get in.

When did you join the cast?
1997 - After we had been to see the show a few weekends in a row, one night Shawn (as Frank) sat in my lap while singing I'm Going Home, then asked, "So when are you joining cast?" before he stood up. Who could say no to that?

Why did you join the cast?
for funsies

What do you do on cast?
I mostly did tech & sometimes played Riff-Raff, but that was a long time ago. Lost in time, and lost in space, and meaning.

Who's sexier, Columbia or Magenta?
Magenter, of course!

Do you have a love/love or a love/hate relationship with Rocky?
love/love

What do you think of Shock Treatment?
I've only seen it once, but from what I can remember it was pretty bad.

What are a few of your favorite things?
the beach, my laptop, lava lamps, Coke, Chevy HHRs, X-mas lights

What is your dream job?
rich weirdo